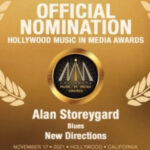 Alan Storeygard’s original song “NEW DIRECTIONS” was nominated for a HOLLYWOOD MUSIC IN MEDIA AWARD for BEST BLUES SONG in 2021. Storeygard said, “It unfortunately did not win – but if you are going to lose in the blues category … END_OF_DOCUMENT_TOKEN_TO_BE_REPLACED 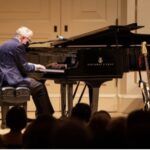 April 25, 2022 – NEW YORK, NY Alan Storeygard debuting his new arrangement FROM BEETHOVEN to BRUBECK in the Earth Day Concert of the Indie Collaborative April 25, 2022. This concert had been cancelled for 2 years because of COVID. … END_OF_DOCUMENT_TOKEN_TO_BE_REPLACED 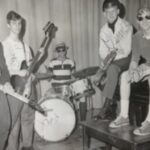 Alan says of the first photo: “One of my junior high and high school friends Dennis Trettel ( holding the trumpet) sent me this 1966 photo of our musical group in 9th grade. Other friends are Jack Frost ( his … END_OF_DOCUMENT_TOKEN_TO_BE_REPLACED

Pictured below, the winners of the IBLA Grand Prize International Music Competition performing the song Cody Tippett and Alan Storeygard wrote called “WHAT IS IBLA?” at the conclusion of the 2022 New York IBLA Awards Concert in Carnegie Hall May … END_OF_DOCUMENT_TOKEN_TO_BE_REPLACED 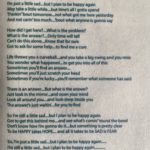 Storeygard recently recorded and released a new single titled, ‘I Plan to Be Happy Again,’ collaborating with singer/pianist/multiinstrumentalist Billy Hoover, who is also from Central Arkansas.
“We released this song as a single in that it is a very timely song with the global health care crisis we are all involved in,” the doctor said. 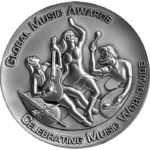 NEW DIRECTIONS was a Silver Medalist in the Global Music Awards in 3 categories in July 2021 for:
BEST BLUES SONG
BEST COMPOSER/COMPOSITION
BEST ALBUM

I Plan To Be Happy Again

A song inspired by two personal injuries
that speaks to all of us during our current health care crisis. Listen Now >>
Available on iTunes
Available at Amazon Music

“Jazz Meets The Classics” Nominated for the
“Hollywood Music in Media Awards, September 2017